Is the ATO blocking you?Coronavirus stimulus: what’s in it for you

(13/03/2020) The super guarantee amnesty Bill has finally received Royal Assent which means that the amnesty for employers to come forward to declare any super guarantee (SG) shortfalls will run from 24 May 2018 to 7 September 2020. Under the super guarantee amnesty, employers can self-correct SG underpayments with reduced penalties, and the employer can also claim a tax deduction for payments of SG charge or contributions made during the amnesty period. It will apply to historic SG shortfalls as far back as 1 July 1992 up until the quarter starting on 1 January 2018 (inclusive).

To qualify, employers must first disclose the super guarantee shortfall to the ATO in the approved form between 24 May 2018 and 7 September 2020. The shortfall must not have been previously disclosed to the Commissioner, however, additional amounts of SG shortfalls disclosed during the amnesty period may be subject to beneficial treatment.

Employers must also pay an employee’s full SG entitlement, including the employee’s individual SG shortfall amount, nominal interest, and any GIC. Where the employer has the capacity to pay on the day they make the disclosure, they can choose to make contributions directly into an employee’s super account and offset these amounts against their liability for SG charge.

In situations where the employer is unable to pay the amounts to their employee’s super accounts, they will be required to pay the SG charge to the ATO. Those that have difficulty paying by the due date can negotiate a payment plan with the ATO.

For those employers that qualify, they will not have to pay the administrative component ($20 per employee per period) for employees that have an individual SG shortfall identified. They will also not be liable for the additional Part 7 penalty (up to 200%) for failing to provide an SG statement by the time they were required to do so.

Time is ticking on this one-off amnesty and the government has flagged tougher penalties when it ends. Remember, the ATO has been greater powers to deal with SG non-compliance, including real-time visibility about how much SG employers are paying and up to 12 months jail for non-compliant employers. 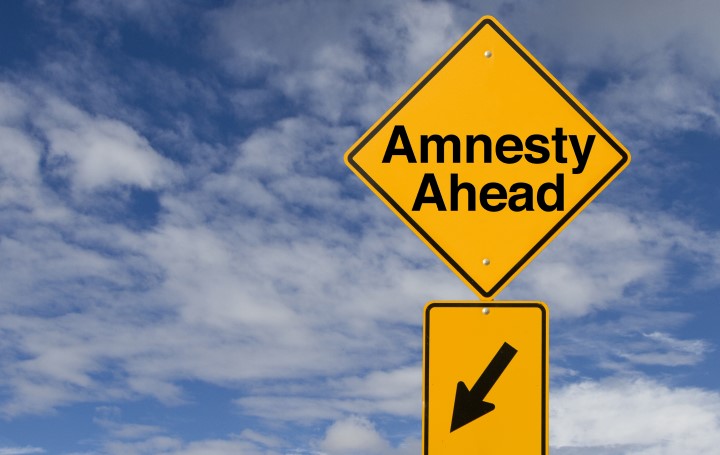