Crowdfunding: is it income?

(01/11/2019) You may have heard the ridiculous story of a man who wanted to raise US$10 for a potato salad and ended up with US$55,000 from complete strangers. Or perhaps you’ve heard stories of shameless couples who wanted to people to fund their lavish weddings or honeymoons? Crowdfunding has fast become the go to place for people in need of large amounts of money quickly, but is the money raised taxable?

If you’re unfamiliar with crowdfunding, it is where individuals or businesses (ie the promoter) upload a description of the campaign along with the amount they want to raise to a third-party internet platform. Other netizens can then choose to support the campaign or cause through pledging money (ie contributors).

There are several types of crowdfunding and each may attract different tax consequences for the promoter of the campaign. A large number of campaigns are what can be described as donation-based. This is where a contributor to the campaign pledges an amount of money without receiving anything in return. If you’re a contributor in this case, you will not able to deduct an amount contributed in a crowdfunding campaign as a “donation” in your tax return unless the cause you’ve donated to is a Deductible Gift Recipient (DGR). An exception is if you carry on a business, and the cost of contributing to the campaign falls under business expenses such as sponsorship or marketing.

There are other campaigns which can be referred to as rewards-based in which the promoter provides a reward including goods, services or rights to contributors in return for their payment. An example of this may be differing levels of campaign-related merchandise that can be received depending on the amount pledged by the contributor. Usually, the acquisition of goods or services by the contributor is considered to be private in nature and not deductible.

As the promoter of a campaign (either donation-based or rewards-based), whether or not the money you receive is considered to be taxable depends on the circumstances. In general, if the money received is to be used to further your business or is a profit-making plan, then it is considered to be income. Remember, the hurdle for something to be a profit-making plan is much lower than that of a business. Therefore, if you as a promoter launch a crowdfunded project with intention of making a profit, and then carry out the project in a business-like way, the money raised could very well be considered to be income.

The difference between whether or not the money is classified as income can be minor and will be determined by the facts in each case. For example, money received from crowdfunding the making of a movie may or may not be income for the promoter depending on factors such as: whether the promoter draws a personal salary from the crowdfunded income; whether the promoter will keep any of the funds raised; or whether the movie made will be widely distributed. 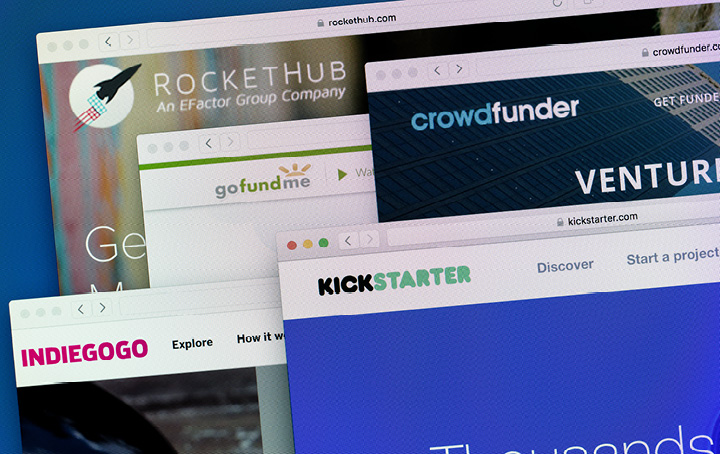